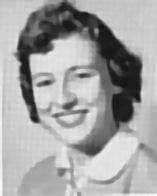 She was born April 4, 1941, in Galesburg, the daughter of Albert and Marjorie Driffil Nelson.

She was graduated from Galesburg High School; in 1959, and from Carl Sandburg College in 1986.

She was a secretary at Galesburg Cottage Hospital for 13 years.

Funeral will be at 10 a.m. Monday in Hinchliff-Pearson-West Chapel, Galesburg, with the Rev. Michael Mackenzie officiating. Visitation will be from 6:30 to 8 p.m. Sunday at the funeral home. Burial will be in Knoxville Cemetery, Knoxville.

Memorials may be made to the family.