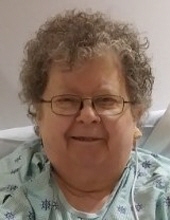 Sara was preceded in death by her parents and one brother, Robert “Bob” Damberg.

Sara graduated from Galesburg High School in 1959 and later graduated as an LPN from Carl Sandburg College in 1972. She went on to work as an LPN at Renaissance Care Center in Canton, IL. Sara was a member of the First Baptist Church in Canton, IL.

A celebration of life will be held at a later date. Cremation rites will be accorded with Sedgwick Funeral Homes & Crematory in Canton, IL. Memorials can be made to Pet Fix Alliance in Canton, IL, Courtyard Estates in Canton, IL, or First Baptist Church Food Pantry. To make online condolences you may go to www.sedgwickfuneralhomes.com